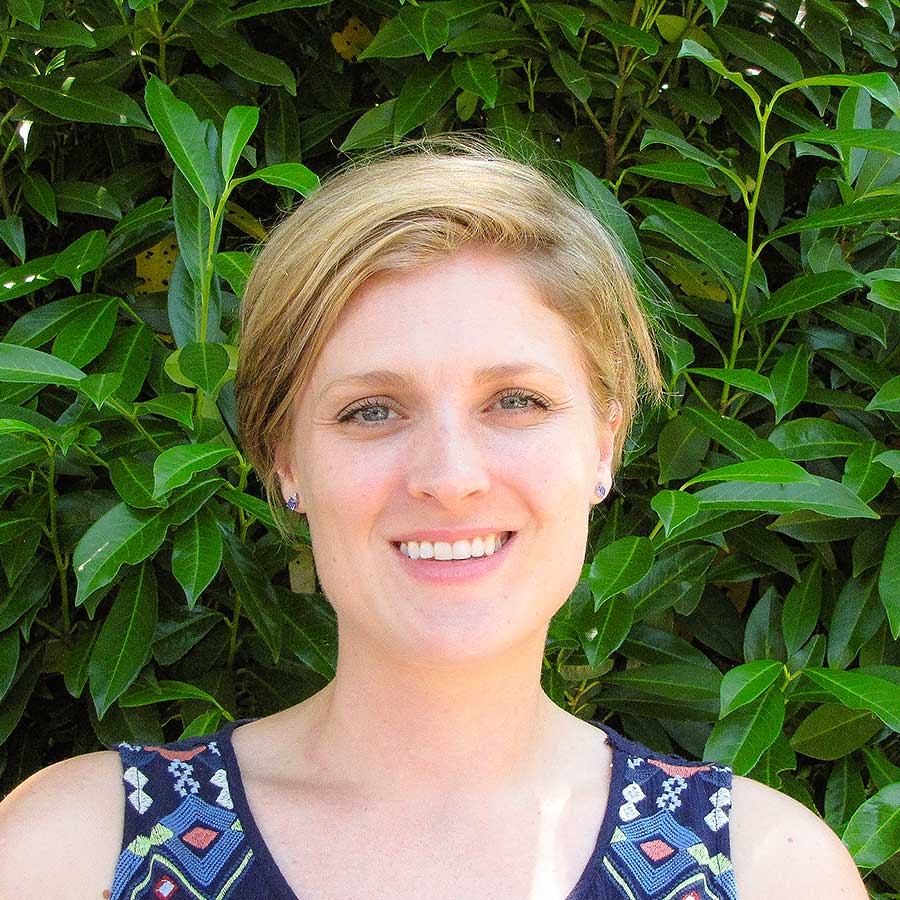 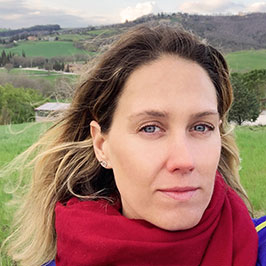 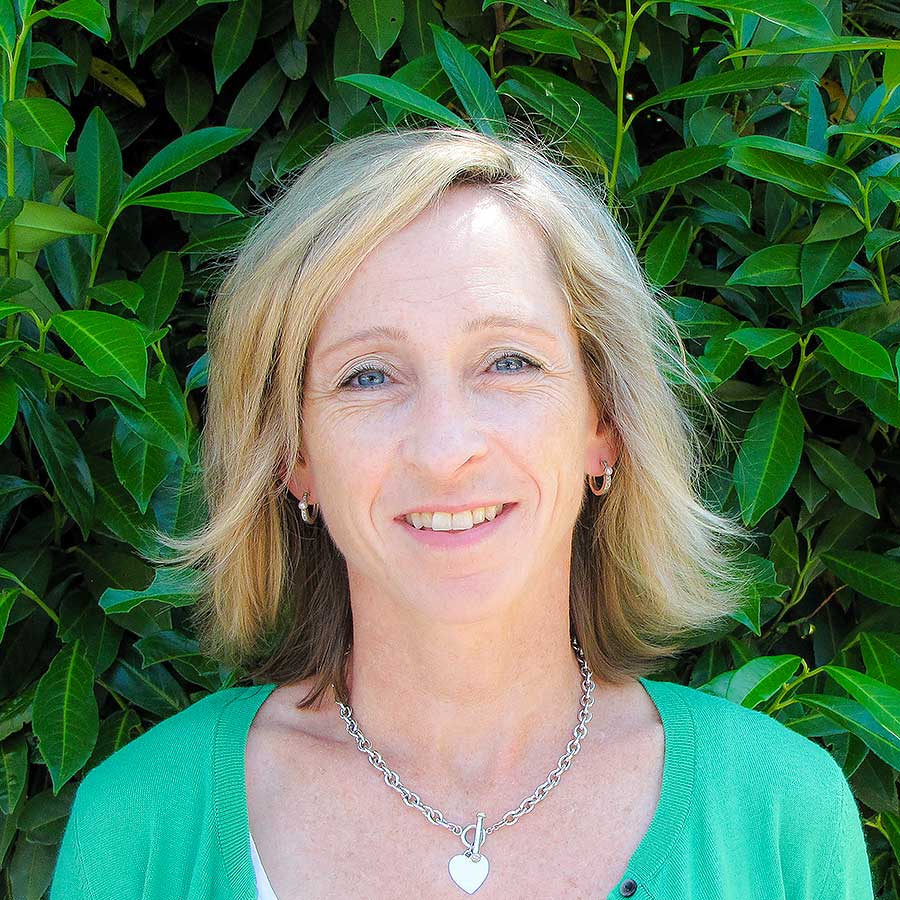 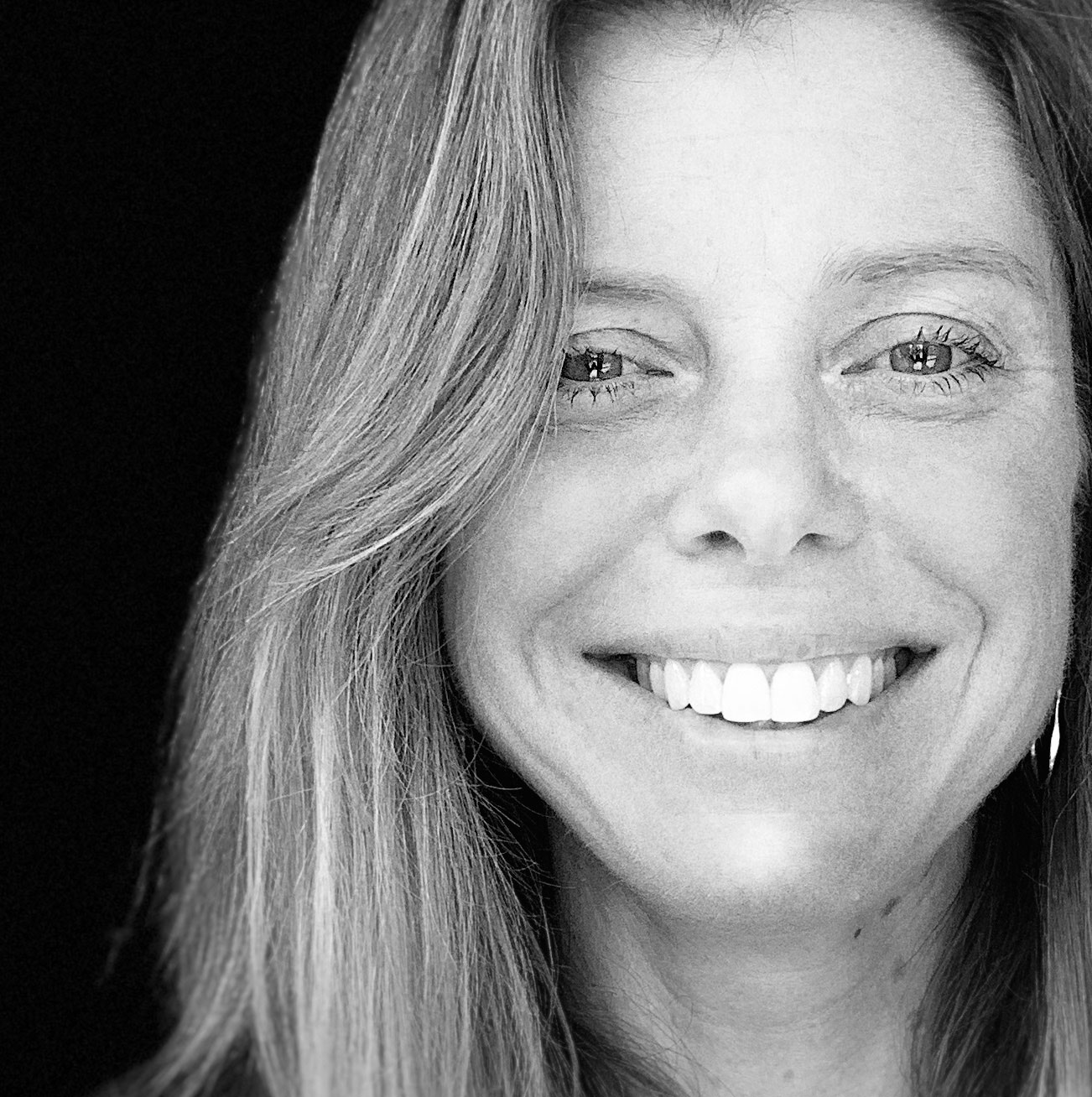 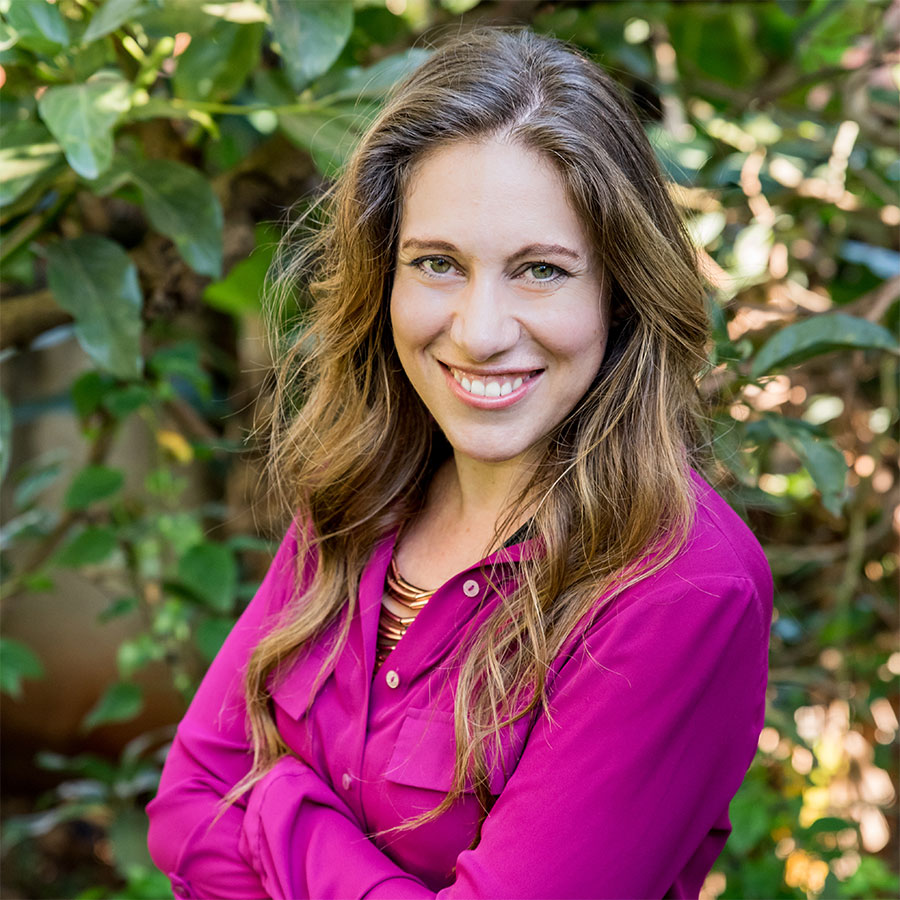 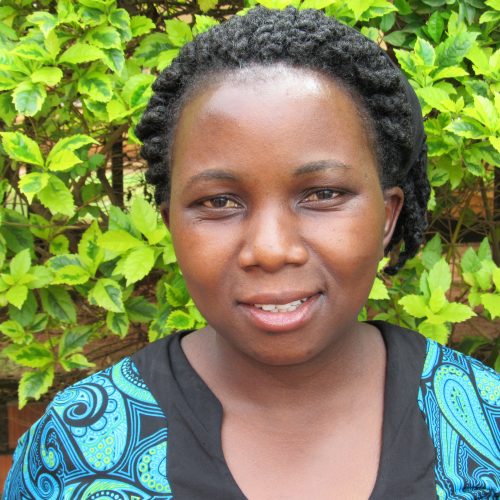 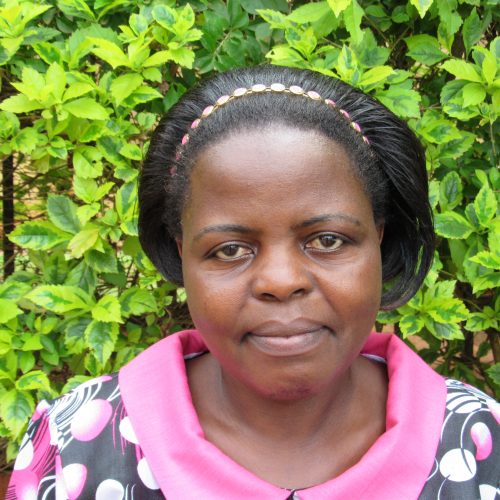 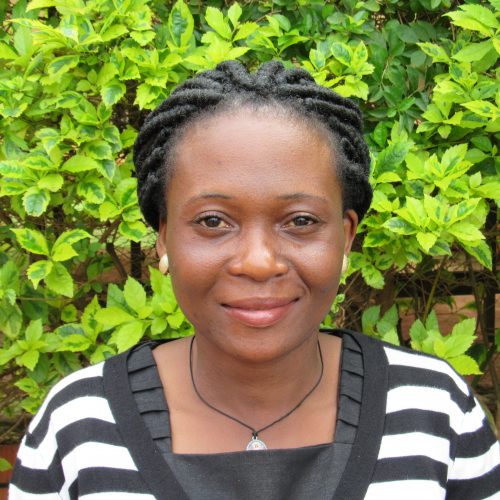 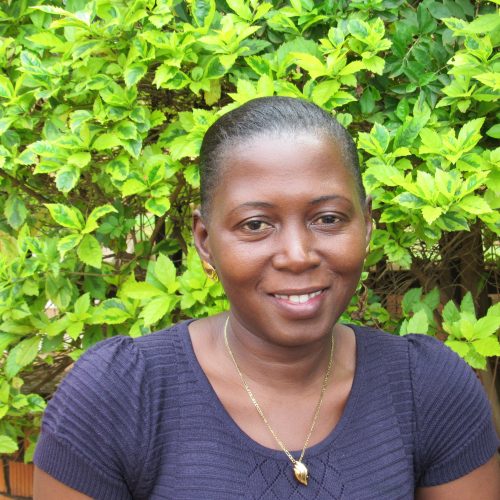 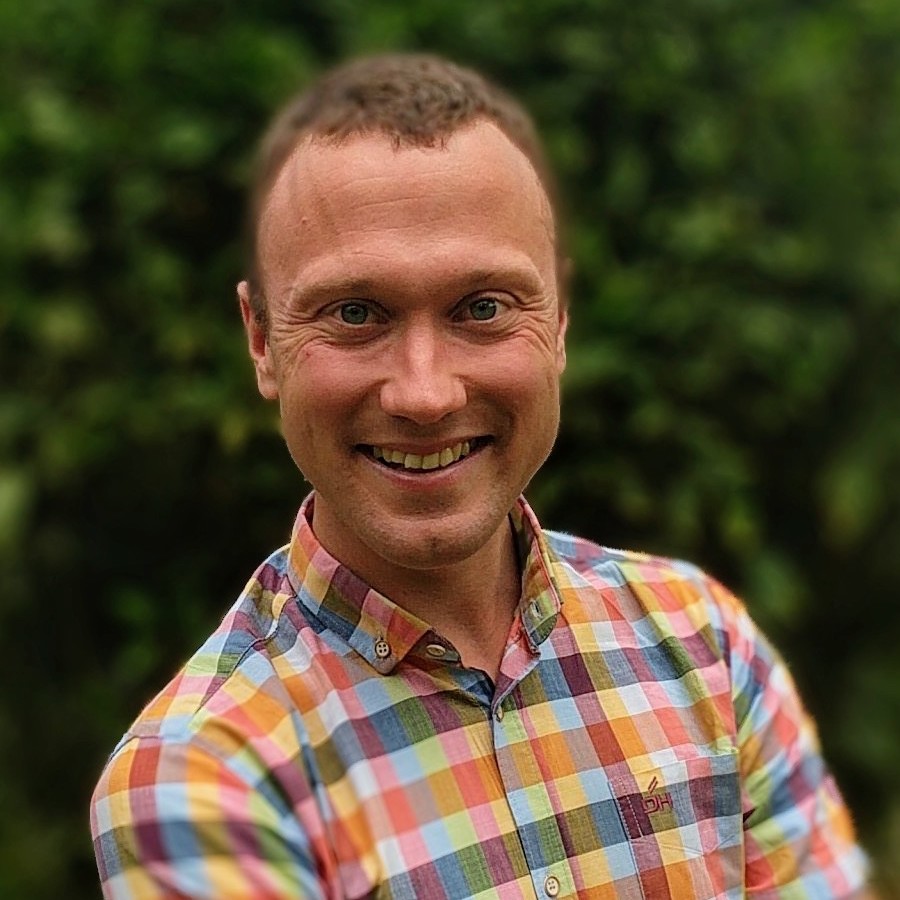 Dana Ward, Board Chair: Dana Ward is an international public health and development expert with 35 years of experience, predominantly in Africa and Asia. In his various roles he has served as Country Representative in five countries with Population Services International and was chair of the board of an international school in West Africa. He currently works for the Vermont Department of Health, in Burlington Vermont. Dana has an MBA in marketing from New York University and holds a Masters of Public Health from the Johns Hopkins University. His areas of interest include social marketing and mental health. He is impressed by StrongMinds’ unique, cost-effective, scalable approach that can treat millions of African women without resorting to pharmaceutical solutions

Andrea Agathoklis Murino, Treasurer: Andrea Murino is a partner at Goodwin Procter LLP in Washington, D.C., where she co-chairs the Antitrust and Competition practice.  Her practice focuses on assisting companies pursuing clearance for proposed transactions from the Antitrust Division of the U.S. Department of Justice (DOJ), the U.S. Federal Trade Commission (FTC), state attorneys general, and international competition law enforcement agencies.  Andrea has considerable and diverse legal experience having served as an Attorney-Advisor to the Chairman and Commissioner of the FTC and as counsel to two Assistant Attorney Generals at the DOJ.

Andrea’s legal expertise adds substantial value to StrongMinds’ Board of Trustees, reducing our reliance on pro bono legal support and greatly strengthening our internal legal capabilities.  She was drawn to StrongMinds because of the tangible assistance it provides to women in need and the attendant opportunity to improve the lives of their children and families.

Dr. Misha Galperin, Secretary: Misha Galperin is the President of ZANDAFI Philanthropy Advisors. Before starting his philanthropic advisory firm in 2015, Dr. Galperin held several senior nongovernmental organization leadership roles including President and CEO of the Jewish Agency for Israel, the CEO and Executive Vice President of the Jewish Federation of Greater Washington, DC, the Chief Operating Officer of UJA-Federation of New York and the Executive Director of the Educational Alliance (NY).

In addition to this vast experience spanning 20 years, Dr. Galperin is a clinical psychologist with a Ph.D. from New York University in Psychology, serving in a number of roles pertaining to case management, counseling, mental health evaluations, therapist oversight, program development, administration, and fundraising. He has over a decade of experience in private practice.

Sean Mayberry, Trustee: Sean Mayberry, Executive Director and Founder of StrongMinds, is a former diplomat and social marketer who believes there are simple and cost-effective interventions which can improve mental health, an area that is often overlooked when addressing poverty in the developing world. For years Sean implemented successful HIV/AIDS and malaria programs in Africa and saw firsthand the struggles of the mentally ill. In 2013, he founded StrongMinds with a goal of ending the depression epidemic on the subcontinent.

Previously, Sean was the Chief Operating Officer at VisionSpring, where he helped lead the nonprofit’s partnership with BRAC, and a country director for Population Services International in the Democratic Republic of Congo and India. He holds a BS degree from Rensselaer Polytechnic Institute and an MBA from Emory University.  Sean is also a Rainer Arnhold Fellow.

James Rude, Trustee: Jim Rude is a Senior Consultant at Graham-Pelton Consulting, specializing in non-profit management, fundraising, non-profit executive leadership, marketing, and volunteer management. Prior to joining Graham-Pelton Consulting, he was the Director of Development and Communications for Worldwide Orphans Foundation (WWO) and led the fundraising efforts for United Way, increasing new funding sources and donor cultivation. Jim has an MBA in Management from Monmouth University and a BA in Business from Muhlenberg College. He believes strongly in the mission of StrongMinds and feels that mental health is far too often a forgotten need.

She has spent the last 10 years as a management consultant, focusing on creating strategies to strengthen organizations and teams. Prior to that, she worked in the field for PSI, including as Country Director in India. Before working for PSI, she founded a professional development organization, ECOFORM, for corporations in Africa and grew the enterprise to 200 employees. The non-profit arm of this organization worked with bilateral and multilateral donors.

She joined the StrongMinds board because she feels mental health is a basic human right which is not available to most women in Africa.  As she explains, “Nothing else is possible for an individual or their family without good mental health.”

Annika Sten Pärson, Trustee: Annika is the Founder and CEO of DanFei Holdings, an investment company focusing on seed-stage investments and former Chief Operating Officer at Seleni, a New York City-based organization focused on women’s mental and reproductive health. She has served on the Board of Directors for several organizations including Haldex AB and Vi-skogen, an NGO focused on agro-forestry aid in Eastern Africa.

Ann  MacDougall, Trustee:  Ann MacDougall’s career has spanned legal and operating roles, and she has worked both in the U.S.  and  Europe. She is currently Senior Advisor (formerly President) of Encore.org, a national non-profit that promotes encore careers for the greater good.   She was previously  Chief  Operating Officer of Acumen  Fund,  a global venture capital fund, and oversaw Acumen’s worldwide operations,  strategy, and expansion. Before joining Acumen, she was a partner at PricewaterhouseCoopers, where she rose through the ranks to become General Counsel of PwC  US and a member of the Management  Committee.  During her 17 years at PwC, MacDougall also spent five years in Paris as Global  Deputy  General  Counsel.

Harbert Bernard is an entrepreneur and a management consultant at Delaware Consulting in Atlanta, Georgia. Harbert served in the Peace Corps as an English Teacher and Community Development Volunteer in Gabon in West Africa.  He is a graduate of Emory Universty’s Goizueta Business School.

Kathleen F. Clougherty, LCSW, is a senior Interpersonal Psychotherapy (IPT) trainer and supervisor at the New York State Psychiatric Institute, Instructor in Clinical Psychiatric Social Work (In Psychiatry) at Columbia University, an instructor at the Columbia University School of Social Work, and a private practitioner specializing in the treatment of depression in adolescents and adults. She is the co-author, along with Gregory Henrichsen, of Interpersonal Psychotherapy for Older Adults.

Dr. Jordan Kassalow is the Founder and CEO of VisionSpring. The Washington, D.C.-based nonprofit improves the economic condition of families in the developing world by broadening the availability of reading glasses and other health products and services. Dr. Kassalow has more than 20 years of experience providing eye-care to the world’s poor.

Molly Knight-Raskin is a journalist, producer, writer and special foreign correspondent for PBS NewsHour.  She was awarded the 2007 Rosalynn Carter Fellowships for Mental Health Journalism and the 2010 American Psychoanalytic Association’s Award for Excellence in Journalism.  Molly is a graduate of the University of Virginia and Columbia University’s Graduate School of Journalism.

Peter Read is a Managing Director at Vitruvian; a venture partner at BlueYard and LocalGlobe; an advisor to Entrepreneur First, Future Positive Capital, and StrongMinds; and a Trustee of Frazzled Cafe, Doteveryone, and the Oxford Mindfulness Centre. In addition, he is an angel investor/advisor in over 100 tech startups. Peter received his Bachelor of Arts in Politics, Philosophy, and Economics from the University of Oxford and his Master in Business Administration from INSEAD.

Dr. Lena Verdeli is Associate Professor of Clinical Psychology and Director, Global Mental Health Lab, both at Columbia University. She is also an adjunct Assistant Professor at the New York State Psychiatric Institute, where she teaches psychotherapy to psychiatric residents, postdoctoral fellows and psychology interns.

Dr. Myrna Weissman is Professor of Epidemiology and Psychiatry, College of Physicians and Surgeons and the School of Public Health at Columbia University and Chief of the Department of Clinical-Genetic Epidemiology at New York State Psychiatric institute. Dr. Weissman is one of the founders of Interpersonal Psychotherapy (IPT), one of only a few empirically validated (EV) and manualized forms of therapy designed for the treatment of depression.

Rebecca Benghiat has worked in leadership positions in the philanthropic and nonprofits sectors for over 20 years.  She is currently Chief of Staff at RGI Home, where she is leading a portfolio of global corporate philanthropy initiatives.

Dr. Marni Chanoff is a psychiatrist in Boston. She trained at and is affiliated with McLean Hospital and Harvard Medical School. She practices Integrative Psychiatry combining psychopharmacology and psychotherapy with Ayurveda and other eastern modalities.

Dr. Misha Galperin has a Ph.D. in Psychology and served in a number of roles pertaining to case management, counseling, mental health evaluations, therapist oversight, program development, administration and fundraising, in addition to being in private practice for ten years.

Elizabeth Kibuka-Musoke is a clinical psychologist and has worked for the past eleven years in private practice in Uganda, specializing in both children and adults.

Tina Ntulo is the Mental Health Advisor for StrongMinds Uganda.  She holds a Bachelor of Psychology from the United States International University in Africa and a Master of Public Health from the International Health Sciences University.  Previously, she was the Chief Executive Officer at BasicNeeds Uganda.

Diane Powell is a Licensed Clinical Social Worker and Co-Founder of the Robertson Powell Foundation. She has lived and worked in North America, Asia and Europe, providing psychotherapy in various cultural contexts for clients struggling with mental health issues.

Dr. Joan Sarnat holds a Ph.D. from the University of Michigan and is certified by the American Board of Professional Psychology.  She is a licensed psychologist in practice in Berkeley, California.