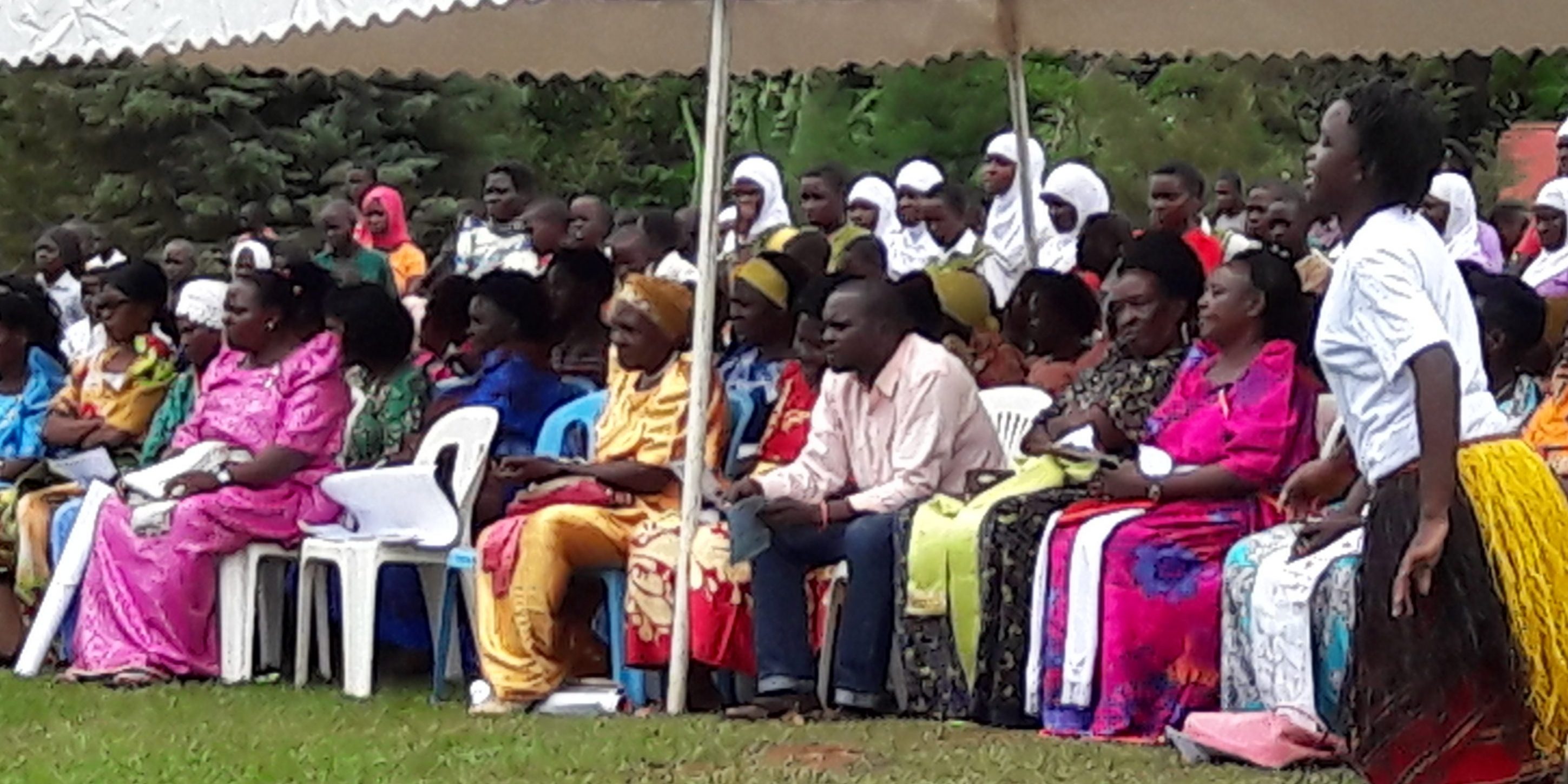 On March 23, 2017, the StrongMinds Uganda (SMU) team officially launched its efforts in Iganga District, which is in the Eastern Region of the country.  The festive event began with a marching band travelling throughout the heavily populated areas with SMU staff and patients marching behind the band.  The parade finished and a crowd gathered on the local community grounds where the function was to be held.

The Program Manger, Mr. Daniel Onyanya Owor, welcomed the crowd and explained the work of StrongMinds to treat depression as well as challenges of depression.  He encouraged the audience members to seek support from a Mental Health Facilitator, if they felt they might be depressed.

Former patients shared their stories of  success, including Sulaina, a former patient from the second half of 2016.  She explained, “After my operation I developed complications.  I was unable to sleep or eat.  I felt s

o sad that I could spend time hiding in the bush so that nobody could come to see me. When I started my StrongMinds Therapy Group, I was severely depressed.  My group members comforted me, so my social support system improved, and I have hope for tomorrow.   I am someone now”

Irene was the last patient to speak.  She shared her story.  “I was shunned for a skin condition that started later in life. None of the medicines or creams worked.  I develop feelings of sadness, lost interest in life, felt worthlessness and sometimes contemplated suicide, so I was severely depressed.  I thank StrongMinds Uganda for putting me in group where we shared our feelings as well as solutions to the challenges we had.  My skin has not cured but I now have self esteem. I also dropped all those weird feelings. I can now focus on educating my children to university level.”

Then the Non Governmental Organization (NGO) Forum Coordinator, Mr. Christopher Baliilaine, addressed the crowd.  He commended StrongMinds Uganda on its work to treat depression, which not only benefits the women but the entire household and the community at large.

The Executive Director of StrongMinds Uganda, Dr. William Kibaalya, then introduced the SMU team and shared that over 1,000 women in the area have been treated for depression.  He has appreciated the participation and support from key stakeholders, local authorities, ministry of health and the public. In addition, he mentioned StrongMinds’ values and explained that SMU welcomes partnerships that that ensure holistic support to the population. He shared that StrongMinds wishes to treat as many people with depression as possible in the entire district, so everyone support is critical.

Lastly the Guest of Honor, the Deputy LC V Mr. Kibwika Micheal, officially launched StrongMinds in Iganga. In his speech, he thanked SMU for the great work done and as well promised to offer them space at the district premises.

The event ended with the singing the National Anthem and the Busoga Anthem.

Fueling our work through technology
April 12, 2022

WHO Report: Pandemic triggers 25% spike in depression and anxiety
March 17, 2022

How Elizabeth transformed her grief into a mission to help others
January 19, 2022