Doreen carries herself confidently, her smile as striking as the bright green dress she wears for her school uniform. But there remains a sense of sadness in her eyes as she recalls her recent past, and the path she was 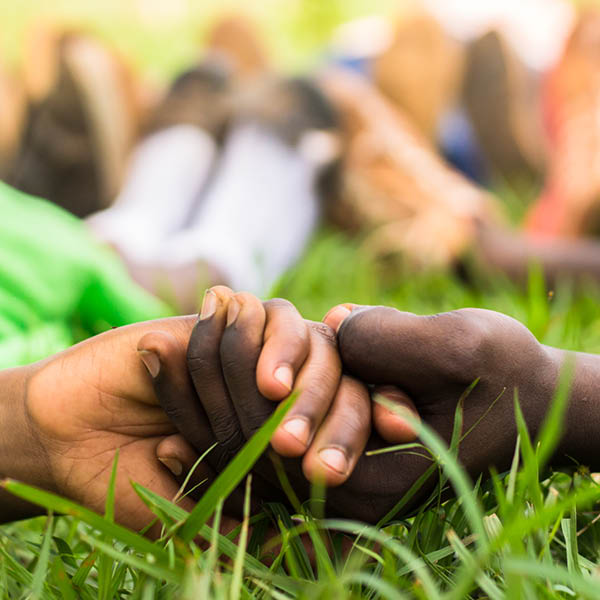 heading down prior to receiving depression treatment from StrongMinds.

Doreen is 13 years old and has just switched schools in Kampala, Uganda. She lives with her father and stepmother, while her older sister lives independently nearby. Her mother left home when she was just two years old and now lives in a different part of Uganda.

Doreen was upset that contact with her mother had been all but cut off. As she grew older, tensions began to rise between her and her family. She became too afraid to speak to her dad about the situation. Her sister would not help, which contributed to her frustration. Doreen felt that her stepmother treated her unfairly compared with her own children.

Doreen blamed herself for her mother’s departure: “I was crying every day, going to bed late and asking myself why my mum left me behind.”

Things got so bad that Doreen ran away several times and even contemplated suicide. With the arrival of StrongMinds at her school, her life started to turn around.

Doreen wasn’t the only pupil at school struggling with the absence of a mother. Jaffar, also 13, is a bubbly, outgoing and popular young boy. But he felt that he too had been mistreated by his family ever since his mother left home.

Jaffar became increasingly closed off and distant from his friends: “I didn’t want to play with anyone because I always thought no one liked me.”

As he became more desperate to re-establish contact with his mother, he stole his older brother’s phone to obtain her number and found out where she lived. But before the situation could escalate further, Jaffar joined a StrongMinds therapy group.

Both Doreen and Jaffar had the opportunity to discuss their feelings in a special group therapy session specifically designed for adolescents. They learned how to recognize destructive patterns in their thinking, and openly communicate with others.

In both cases, this resulted in an improvement in relations with their families and peers. Jaffar explained that he is playing with his friends again and that he has organized to see his mother. Meanwhile, Doreen says that “StrongMinds has helped me get my hope back.”

As both Jaffar and Doreen improve their relationships with their families and—in turn—their mental health, Doreen’s father reflected on his initial skepticism about the counselling when called into a parents meeting:

“At first, I didn’t understand so much about what was happening and honestly, hearing about what they were doing with the kids didn’t seem so realistic to me. But now I can’t thank StrongMinds enough that I can now have a conversation with my daughter—I will take her to visit her mom too as I didn’t understand how it made her feel before.”

StrongMinds has treated over 55,000 women of all ages for depression using group interpersonal psychotherapy (IPT-G). Now the successful model is being adapted to specifically target adolescents.

The innovation introduces a human-centered design approach and community outreach initiatives to ensure the model is youth-friendly, accessible and overcomes any social stigma expressed by family or partners.

The results so far have exceeded expectations. Of the 422 students that have completed the full therapy cycle, a substantial 87% are now depression-free.

These encouraging results are further supported by a below-average drop-out rate of just 10 percent and teacher-reported improvements to class participation and homework submissions.

Adolescence is a common stage for the onset of depression. Mental illness exhibited at this age is intrinsically linked to other health outcomes, such as HIV-risk, teenage pregnancies and malnutrition.

If we want to help tackle some of the toughest issues facing the most vulnerable adolescents, then we have to start by treating depression.

Help us end the depression epidemic in Africa. It costs just $122 to provide a complete course of therapy for one woman.

Women who complete our therapy program report that they work more, their families enjoy more regular meals, and that their children attend more school. They also report a renewed sense of belonging and social support.