Joan, 31, is the mother of three girls and the “house mother” for eight boys, at a boarding school for kids abandoned on the streets of Kampala. In this role, Joan is someone the boys can rely on to assist in their daily routines, speak with about a problem, or play a game of soccer. These positive social interactions with adults are especially important to these at-risk boys.

However, Joan hasn’t always been able to serve as a role model for the boys. Just six months earlier, she said she was crying often and, in her words, “thinking too much.” She was unable to eat or sleep. The boys thought Joan was mean. The social worker at the boarding school explains that before therapy, “Joan wasn’t very active. She didn’t give attention or time to the boys… She had a short temper.” 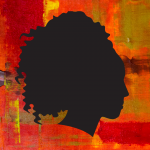 bout depression at a StrongMinds community awareness session. She then participated in 12 weeks of a StrongMinds Therapy Group with 12 other women suffering from depression. The women came together each week for 60-90 minutes. This unique, structured treatment, led by a trained Mental Health Facilitator, helps the group members identify the causes and triggers of their depression and gives them the skills to overcome them, ultimately reducing their symptoms of depression. During the first few sessions of her StrongMinds Therapy Group, Joan discovered that her depression was triggered by the loss of her husband 8 years ago. Throughout the 12 weeks of therapy, she discussed her issues with other widows who were also grieving.

She was able to understand that her feelings were okay and learned how to deal with them. She also roleplayed with her fellow group members. She practiced how to tell her youngest daughter about her father’s death since she told her that he was living in another part of the country and now needed to come clean and tell her that he was not coming back. This process gave her the self-assurance to take back her life.

Joan is capable and confident now. She is using the skills she gained through StrongMinds to help the boys at the boarding school and is seen by all of them as confident. She is able to help the boys get through tough times with each other as they transition into their new homes with relatives. As Joan puts it, “StrongMinds helped me to become unstuck. I am now taking responsibility as a mother.”

How one woman in a refugee settlement recovered from depression
January 7, 2021

Recovering From a Childhood Filled with Grief and Trauma
February 24, 2020

Mary’s Recovery from her “Downward Spiral into Darkness”
January 30, 2020