How one woman in a refugee settlement recovered from depression 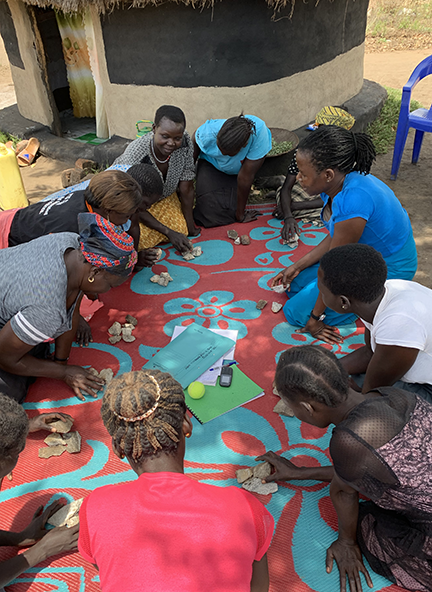 Christina lives in a refugee settlement in northeastern Uganda. At 28-years old, she has already endured a lifetime of instability. When her family fled Sudan, Christina’s father stayed behind. Her mother still struggles daily to make ends meet. Now, as an adult, Christina is living with HIV, while raising her children without her husband’s support.

Christina’s depression began when she found herself pregnant with her second child. Her marriage had grown abusive, and family life was riddled with conflict. Her husband’s infidelity and abuse worsened once she became pregnant. She says of her husband, “He would bring other women home and chase me away from the plot.” Pregnant and traumatized, she developed headaches and could not keep up with her prenatal care and antiretroviral treatments. When her husband refused to accept responsibility for her newborn child, she had no one to turn to. She considered ending her life.

Christina discovered StrongMinds when she heard a bell ringing one day, signaling the start of a therapy group in her community. She inquired about the group, and our Mental Health Facilitator explained that it was for treating an illness called depression. Christina had not heard of depression, but the symptoms sounded all too familiar. Soon, Christina was screened and enrolled in a StrongMinds therapy group.

In the safety of her therapy group, Christina opened up about her troubles at home. With the help of the Mental Health Facilitator, the group discussed the triggers of depression, such as grief and life changes. Together, members came up with strategies to overcome their troubles. In doing so, Christina discovered that sharing her problems with others could lighten her burden.

Now, Christina says, “I no longer worry and think so much. My headaches are gone. I am more loving with my children.” She adds, “When things get difficult, I know I can talk about it with others. StrongMinds should keep up the good work.”

*Name has been changed

Providing mental health support to those affected by COVID-19 in Africa
April 10, 2020